It’s Not Time for New Beginnings (Just Yet) 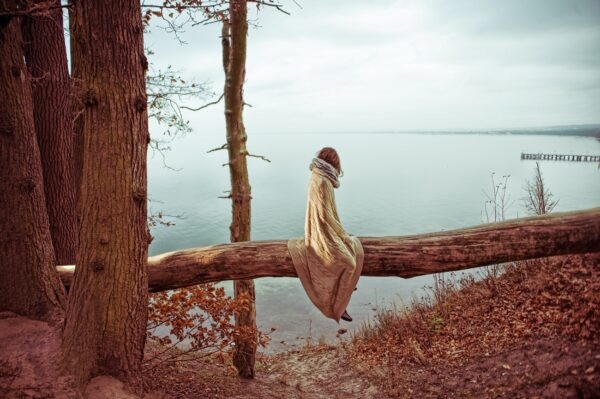 Photo by Pawel Szvmanski on Unsplash

How people and businesses are trying to prepare for a new world that hasn’t been created.

A week ago I received a newsletter from a branding agency with the subject Welcome to the new normal. A concept that I’ve been hearing and reading about repeatedly over the past few weeks, and that I find a little disconcerting. Don’t get me wrong, waking up to an ominous email that discloses what the rest of 2020 has in store, would be great (maybe). But unless this agency is run by the reptilians that some conspiracy theories are talking about, I doubt that they have any idea of what the post-COVID-19 world will be like. Of course, the content of said newsletter was nothing more than a list of marketing services meant to, somehow, help my business transition into this so-called new normal. If you receive one of these emails, I strongly suggest to avoid clicking on the “sign me up” button. 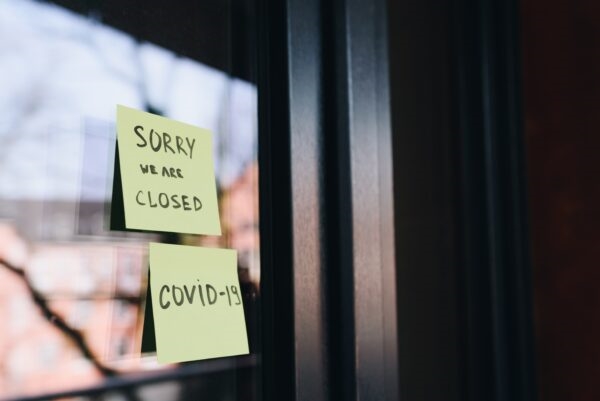 Photo by Anastasiia Chepinska on Unsplash

This pandemic —that’s still very much ongoing— has us sitting at the edge of our couches as we travel through a rabbit hole (more like a tunnel), in stark darkness. With each passing day and feed-scrolling session, it becomes more evident that we know very little about what’s going on or when it’ll end. Is there even going to be a clear ending to this? Will we know when it comes or will we just slip out of it slowly? The speed at which things are changing, and the diversity of theories, opinions and fake news make it hard to have a clear outlook.

Could it be possible that, at this point in time, the wisest decision is to avoid making big decisions?

Us humans are terrible at dealing with uncertainty. Our standard way of thinking and approaching life tends to focus on the future, and relies on a relative certainty about what it’ll bring. In the midst of this situation, which has introduced a completely different kind of unpredictability, many of us have decided that we simply can’t deal with it and start sending out new-normal emails. It’s understandable, the anxiety we feel is strong enough to override common sense and confuse our priorities. Despite the lack of true understanding about what’s happening, we’ll convince ourselves that we are ready to move on; not because of arrogance, but because of fear. The same applies to the business arena. I’ll focus on the branding/marketing industry because it’s the one I’m most familiar with, but also because it presents a specific scenario. Agencies are scrambling to retain and win clients by promising the impossible, to help them venture into the new world. What’s been previously stated suggests that creating long-term strategies and making big decisions now could have disastrous consequences, because this “new world” we’ll be living in has not been established yet. But we want answers so badly that we pretend we have them.

What these times of transition demand are lean, responsive, flexible companies and people, that are open to ongoing change. The complex interconnectedness between all layers of human life has become more evident than ever during these months. It’s easier to see how countries and markets are completely interdependent; and—at a more fundamental level—how every aspect of our social dynamic impacts all others, creating a domino effect that is morphing as the pieces are falling. Children not being able to go to school affects parents’ productivity, which affects their income, which affects purchasing priorities, which affects the supply and demand chain, which affects good availability in supermarkets. This can be amplified ad infinitum and replicated at different levels, showing how related and seemingly unrelated phenomena are all part of one single and very complex system.

Under “normal” circumstances it might follow more predictable patterns that allow us to make safer estimations, but through periods of radical change the pattern becomes significantly more unpredictable. That’s why it makes sense to temporarily shift from a proactive mode to a more responsive mode. However, it’s important to emphasize that the suggestion here is not necessarily to stop all operations and avoid making any type of decisions. In order to avoid this confusion, it might make more sense to use the term crisis proactivity instead of responsive mode. That way we can set it apart from the standard proactive approach we were referring to before, but also from idleness and inactivity.

Crisis proactivity is based on being malleable and flexible, understanding the nuances of the situation we are going through and humbly accepting our incapability to understand what’s coming. And yet, still be able to take some action. Certain estimations and theories based on data and on events that have already started happening could help us loosely prepare for a variety of potential scenarios. There are some interesting predictions done by CNBC, that suggest that remote work, digital education, e-commerce and food delivery services will play a much bigger part of the post-pandemic scene. 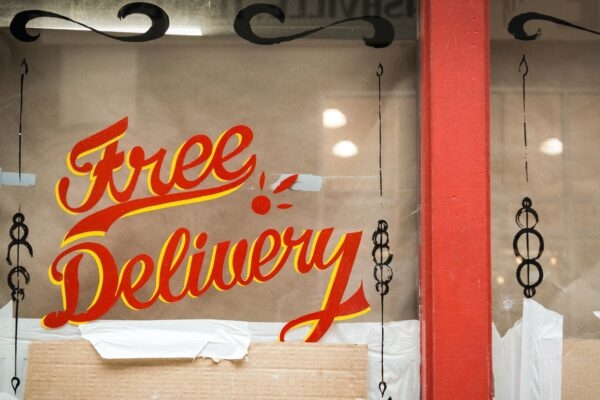 Photo by Drew Beamer on Unsplash

A great example of a winning strategy that began in the midst of a crisis occurred in Argentina, during the infamous Corralito of 2001. This was the biggest economic collapse in the history of the country, where millions of Argentinians lost all their money and thousands of businesses went bankrupt. During this time people were obviously not eating out, so food establishments of all kinds started offering delivery service, sometimes at greatly discounted rates. Not only did it work, but it became a profitable model that established itself and became part of their culture. It’s still common to order-in pints of ice cream from local Gelato shops and packet of mints or cigarettes from the nearest convenience store. Now, during the COVID-19 pandemic, while the global restaurant industry is scrambling to get basic delivery systems set up, Argentina is several steps ahead.

However, there’s a threat implicit in these stories of success-during-crisis, which is exactly why it’s important to understand that crisis proactivity is different to “normal” proactivity. The Argentinian restaurant owners of 2001 were not trying to create strategies for the future, they were trying to survive. The status quo during periods of intense transformation is one of constant and unpredictable change, of chaos and disruption of the social order. Predictions are more volatile and estimations more fragile because variables are shifting faster than usual. That’s why the emerging behaviors and trends that arise during these periods have more uncertain life expectancies.

To remain relevant, businesses need strategies that allow them to constantly change the strategy. The somewhat reliable approach based on using data and critical thinking to create long-term plans might not be equally applicable during these times. Juliette Kayyem, a national security analyst for CNN, suggests that we relate to the present as the “now normal”. “I call it the ‘now normal’ because I think every day is going to be different.” It might not be a coincidence that a good example of crisis proactivity being applied right now comes, once again, from Argentina. Renatto Cucina Italiana, a restaurant in Buenos Aires, will be hosting a very interactive virtual dinner party via Zoom (*article in Spanish). Participants will receive a package containing ready made starters and a pasta dish that they’ll cook in their homes alongside the chef, and then they’ll eat “together” and enjoy a streamed Opera show.

In the branding industry, in-depth research, consistency and attention to detail, are three of the pillars we use to build strong brand identities for companies that want to create long-lasting relationships with their customers. But something a little different is required now. People’s needs are changing on a daily basis, so the solutions provided have to do the same. Businesses need to be more attentive to what their clients and the market demand.

Now more than ever, creativity becomes a fundamental resource that can be used in three different but equally significant ways. Firstly, it should be put in service of preservation; allowing us to find inventive ways to cut production costs and reduce expenses. Caution and measure are an essential part of the crisis proactivity strategy. Just like birds perch under the thickest branches and hunch together to preserve their body heat during a rainstorm, assets and energy need to be saved for when there’s more solid ground to step on.

Secondly, creativity should be put in service of production. Because transition periods are, in essence, different to what was before, they require specific solutions that respond to the circumstance. These solutions might be relevant for a short period of time only; or, as we saw in the Argentinian delivery example, might also become bigger opportunities for growth and long-lasting transformation. Pizza Hut Australia is currently offering a promotion where the winner will host a virtual party with free pizza for five guests. This could be considered a very small initiative that can have big repercussions in sales and, why not, even on their long-term business model. 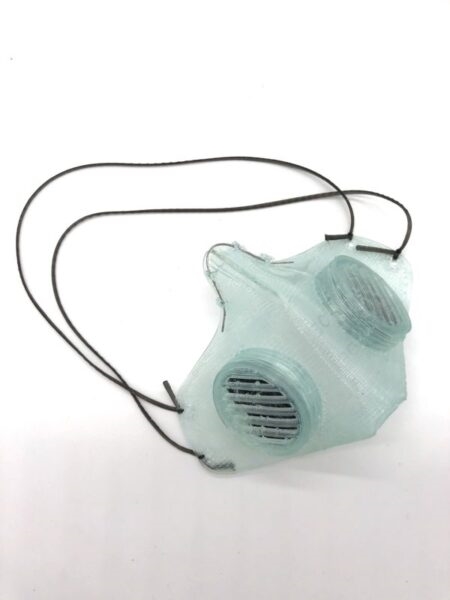 Lastly, creativity can assist companies, business owners and people that are in more solid and fortunate position in finding ways to support those who are struggling. Oesh Shoes, an American brand of women’s orthopedic footwear, is joining thousands of companies who are shifting into mask and respirator production, to support the medical community. In their case, they are offering a 3D printed anatomic version of the N95 mask, and also the detailed instructions and files needed to create the mask at home. An action like this one will only happen if a company is really connected to what’s happening around them, and flexible enough to abruptly change their plans and strategy.

Creativity and flexibility may just be the life-saving tools needed to move through the eye of the storm and come out the other end relatively unharmed. At the same time, they’ll help us develop the level of empathy and awareness required to deliver relevant and helpful solution in the midst of such a complicated scenario. So let’s not get overly concerned with the “new normal” just now. Josie Cox explains it well in this Forbes article. “Covid-19 has changed the way we live, work and interact. We may revert to old habits in weeks, months or years. We may not. We may all be unrecognisable this time next year. We may not. Of course some things will change but that doesn’t mean we’re necessarily barrelling headlong into an era of New Normals. And believe it or not, some of what we’re about to encounter might not even be unprecedented.” Let’s focus on what’s happening right now instead. As businesses, brands and people we all have a role to play, but it’ll only become clear if we remain present. If we can align with it, we’ll be able to move more harmoniously within the now normal, and embrace the opportunity to reinvent ourselves in unimaginable ways.

The new normal will come when it comes and, having implemented this, we might be able to embrace it fully. 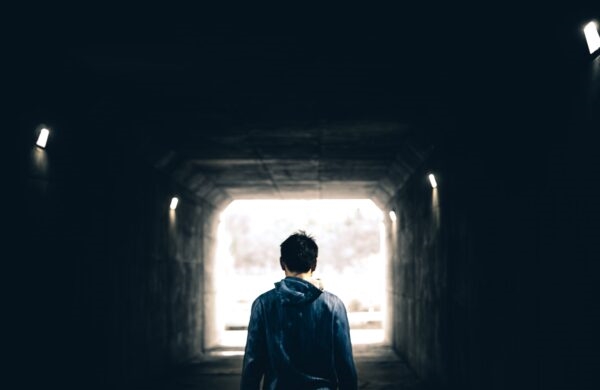 Daniela Maestres is the director of Run & Hop. A branding agency that builds powerful, bold, genuine brand identities by combining creative conceptualizing skills with thorough strategy work. She believes this to be the most effective way of conveying the real value of a business with enough strength. Her… View full profile › 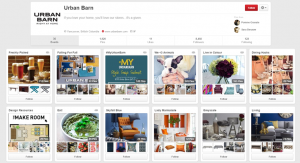 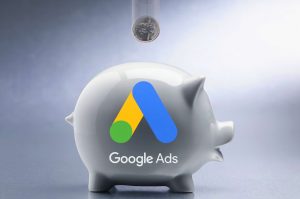 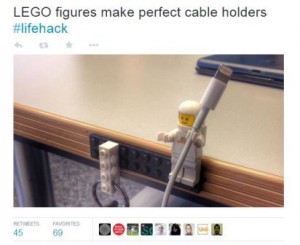 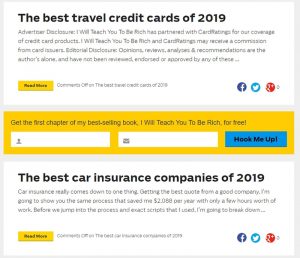 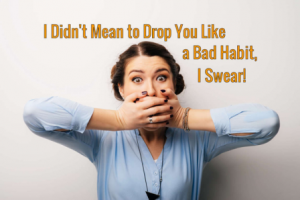 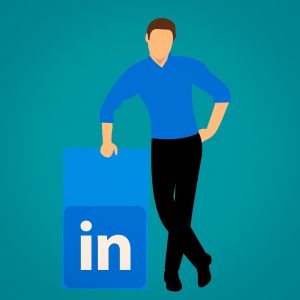