A Recruiters Worst Nightmare is Here

This year is going to be an interesting year. It has been a long time since I have seen the candidate have the upper hand. Watching counter offers, stock options, and multiple offers become the norm is giving recruiters fits. Yes, I am going to call this year “The revenge of the candidate”.

Since the millennium, we haves seen multiple recessions. Companies really have been able to pick and choose the candidates they want to work for them. Well, those days are officially OVER! Candidates are playing recruiters and companies like a fiddle. They tell recruiters and managers what they want to hear and deep down there is a true agenda for them interviewing in the first place. Understanding motivations for leaving is imperative, but candidates are holding their motivations so close to them that you may not ever really know why they want a change.

Candidates are using offers as leverage. They may want a raise with their current company. They may want to use the written offer to get more money for another offer. It disgusts me, but truly, should we blame them? Candidates are caliced and they have learned to look out for themselves! Company loyalty does not exist anymore. The minute things start going south, there will be layoffs. You may be one of the people laid off, or you could be one of the people stuck with twice the work because of the reduced staff.

Have you ever settled in life? If you say you haven’t then you are lying. It sucks settling. When you settle, you are selling yourself short. In this life it is your own damn fault if you don’t try to get the best. Since you spend half your life working, you might as well enjoy what you do and get paid well doing it.

One of my candidates received 9 offers this year. Another one of my candidates received 4 offers this year. I won one of them, and I lost the other. Both of them were frustrating. I hate to lose, but I hate even more being played. To counter this, recruiters have to over communicate. They must make the candidate feel like they are the most important thing in the world to them. In 2015, the recruiter who builds the strongest relationship will win. You better make sure you have your sales shoes on, because without selling them on the company, your relationship won’t matter either.

Don’t be fooled that you can wait around for the best candidate this year, because you will lose. Expidite the process as quickly as possible. You have to be careful when you get the offer letter in the hands of the candidate and try to avoid counter offers.

What is your company doing to combat the candidate marketplace this year? Are you set up to win or lose? I’d love to hear your thoughts. 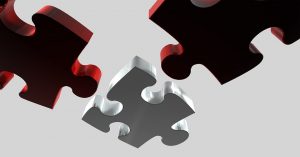