Why the future of the web is bespoke content

In 2004, a group of academics published a journal article that sought to predict how the internet would evolve as its grip on the mainstream consciousness became absolute. The academics observed a trend for centralization. Content increasingly congregated around “portals”—hubs of information that dominated certain verticals, like travel, technology, and news.

This prediction proved incredibly prescient, although the authors couldn’t have predicted other seismic changes in the online landscape (the explosion of user-generated content, social media, and premium subscription-based entertainment).

As the Internet’s footprint grew, these hubs—places/outlets/destinations like Lycos, Yahoo and AOL—became highly-lucrative assets, turning millions of clicks into revenue. Bolstered by their early successes and generous amounts of VC funding, these portal owners expanded their operations. They created more diverse content, which in turn attracted more readers.

It seems obvious, but it needs to be said: These portals were successful because they gave people what they wanted. If you’re interested in travel, you’ll visit a tourism-centric portal. And as their sophistication grew, they could refine their offerings even further, delivering bespoke content geared to the individual interests of the user.

Times change. Over the course of almost two decades, the Internet is barely recognizable from its former self. Whereas users were previously beholden to what creators thought they’d like, today’s web is dominated by algorithms created by the highly-paid Ph.D.’s within Netflix, Alphabet, Meta, and Apple. They hold incredible sway over lives, suggesting content to consume and tracking our habits to make even more salient recommendations based on decisions we’re not consciously making.

We’re in the age of hyper-contextualized media, where algorithms silently shape the kind of experience we enjoy. This phenomenon isn’t merely contained in recommendation algorithms, but also in the kinds of content created. Although highly popular with fans, Netflix canceled its Altered Carbon sci-fi anthology after two seasons, because its data suggested future seasons wouldn’t be as lucrative.

This shouldn’t be interpreted as a criticism. Hyper-personalization is good for consumers. Wider debates about “filter bubbles” aside, people want to consume content that aligns with their interests. It’s better for companies, who, in the face of growing macroeconomic challenges, need to produce successful content with an ever-greater consistency.

And it’s arguably better for creatives. The decisions about what gets greenlit and what gets canceled can now be centered upon empirical analyses of data, rather than “old boy’s networks” and nepotism, which both historically acted as gatekeepers within the entertainment and media spheres.

But there is a problem: Consumption data provides a relatively superficial indicator of interest. It shows what a viewer or reader is already interested in, but struggles to find other topics or genres they may find compelling. Additionally, it doesn’t show the depth of their interest or the emotional attachment they have with the content they’re consuming.

This dilemma is painfully familiar to those within the news and written content spheres. In the early 2010s, the funnel to written content shifted. Instead of going to the homepage of a particular newspaper or publication, readers would instead find articles from their social media feeds.

Facebook and Twitter provide content creators with little avenue to entice clicks. There’s the meta description and the headline, and that’s it. And so, publications increasingly relied upon “clickbait” headlines.

You’re probably familiar with the concept of clickbait headlines (“don’t click this!”; “this video changed my life”; “politican’s epic clapback changes America.”).They’re deliberately vague. They weaponize emotion. They’re often written as groups of short, staccato sentences, delivered in rapid succession like bullets from a machine gun. And, for a while, they were everywhere.

On a superficial level, Facebook’s data showed that people were interested in the kinds of clickbait content produced by Upworthy and the myriad of similar publications. But clicks didn’t necessarily translate into happiness.

Tracking data showed people left these sites almost as quickly as they entered them. Readers didn’t share these articles with their friends. They were the online equivalent of a Potemkin village—alluring from the outside, but completely without substance. Faced with growing user discontent with the deluge of clickbait within their newsfeeds, Facebook adjusted its algorithm to punish these clickbait sites.

In the subsequent years, content consumption habits have shifted away from hyper-viral articles delivered on an algorithmic scale to smaller, more intimate conversations centered around discrete interests.

Substack, an ascendant online newsletter service where readers can subscribe to articles written by their favorite journalists, is a great example of this. TikTok, YouTube, and Twitch have all minted vast numbers of one-person media entities, often surpassing legacy news empires in reach and influence.

What these technology companies all have in common is they allow for the kinds of bespoke experiences demanded by consumers, where the content they see tightly aligns with their opinions and interests.

The media establishment has tried to deliver bespoke, reader-aligned content over the past few years, with little to show for it. Economic fundamentals have largely made this goal impossible to achieve. A good example is Patch, the AOL-owned network of local news websites.

Patch performed a valuable public service, fulfilling the same role that local newspapers once performed. Ken Doctor, writing for Nieman Lab, described the company as a “net plus” for journalists and readers alike.

“AOL probably hired more journalists than any other American news organization in the 2011-2012 period,” he says. “Those lone editors, shorn of their early freelance/stringer budgets as times got tighter, have produced an astounding amount of news. Often working 50 to 80 hours a week, they’ve managed to find stories uncovered or undercovered by the dailies.”

But AOL couldn’t make a profit off this valuable public service. Journalists, although underpaid, still cost money. With articles targeted at small towns, AOL could never achieve the kind of reach that ultimately translates into sustainable revenue streams and, eventually, profitability. Like Don Quixote, AOL had a noble goal but was ultimately doomed to failure.

But that doesn’t spell the end for hyper-local, hyper-relevant content. As the technology surrounding AI becomes more sophisticated, and computing power becomes cheaper, the industry is on the cusp of a new media revolution. Machine-generated content that is tailor made to the exact desires of a single consumer, but with the same quality provided by a human writer or artist.

While this may seem unrealistic, or a concept stolen from the realms of science fiction, it isn’t. Over the past few years, the concept of automated journalism has achieved a level of acceptance within mainstream media organizations like MSN and The Guardian, where algorithms produce articles in a matter of seconds based on a handful of data points and inputs.

In addition to mass-market content, these technological fundamentals are used to produce content that’s relevant to only a handful of people.

A great example is Yahoo! Sports, which uses Automated Insight’s NLG technology to produce unique fantasy sports match recaps. Each article is relevant to just one person, but costs almost nothing to produce, allowing Yahoo Sports to achieve the kinds of traffic volumes that are essential within a content-based business.

Generative AIs like DALL-E 2 (and my company Article Forge) have already made strides in creating unique content based on user prompts, helping everyone from architects designing the future of housing to Miao Ying in writing her next animated film, Surplus Intelligence. Over time, AI-generated content will feel less like a novelty, and more of an accepted part of how we create content.

Consumers will be able to request bespoke pieces based on their distinct likes, dislikes, and needs. We’re already seeing the first green shoots of this revolution in the worlds of art and video games.

Hello Games’s No Man’s Sky is infinitely playable thanks to procedurally-generated ships, creatures, and planets, giving each player a completely unique experience in the process. A piece of generative art won first place in a state fair, demonstrating that AI can deliver content that meets the average person’s barometer for quality.

From recommendations to requests

It’s not hard to imagine a near-future reality where a Netflix subscriber says, “I want to watch a sci-fi drama with a beautifully constructed futuristic universe and a mind-bending time travel plot that features a stunning heist.” And, a few moments later, they’ll get exactly what they asked for. A piece of content that aligns with their interests and immediate desires, but, most importantly, is good.

The bespoke web won’t merely be a more entertaining place. It’ll deliver better educational and health outcomes. Research will become easier. Students will be able to get machine-generated explainers tailored to their learning style about topics they find most challenging, in turn giving teachers more time with each student. Patients will be able to access health information that’s tuned to their specific needs, conditions, or goals.

This vision of the web is an exciting, empowering one. Utopian, even, but still firmly based in reality.

It’ll prove as radically transformative as the launch of Google. Google merely provided a frictionless avenue to content that already existed. The Bespoke Web will play a role in actually creating that content.

Alex Cardinell is the CEO of Article Forge. 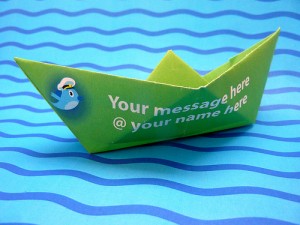 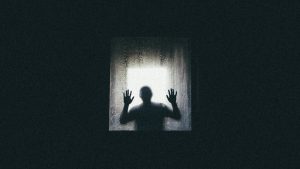 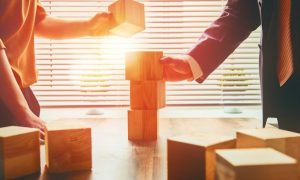 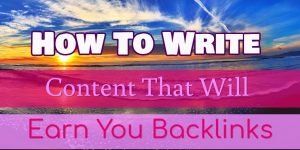 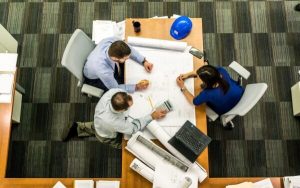 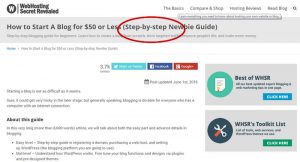