The Unsustainability of Unreliable.


Last week I was waiting for a piece of work from someone and it didn’t arrive. After 2 reminders I got an email saying they had prioritised something more important.

I silently made a decision there and then that;

a) This woman doesn’t organise her diary well

b) I probably won’t work with her again

I wondered if I was just joining the grumpy old women club because I’ve had a lot of this lately -waiting in all afternoon for a plumber who ‘got stuck in traffic’, customer services taking 6 months to reply , it goes on and on, and I am becoming less tolerant of it. But this recent instance made me sit down and take a look at why I don’t want to work with unreliable people.

I was raised with the notion that we should be as good as our word. Being dyspraxic I haven’t always met that standard, but as a business owner I realise that I need to work with people that do what they say they will, when they say they will.

As a community worker (in my pre-business life) I often supported people whose lives were disorganised, and as a business trainer that is a big still part of what I do, but as a business owner I have my own needs and this weekend I made a clear decision that I get to choose who I collaborate with and who I use as suppliers – and I choose to work with reliable people.

Now I know we all make mistakes, we double book, lose our diary, get ill etc. Being dyspraxic I have done my fair share of getting muddled. I have had to work hard to get myself organised because I know I can not run a sustainable business if I’m unreliable. I have learnt that I have to write everything down and take total control of my diary. And if I screw up, I own up and fix it.

As a business owner it’s important that I notice what happens when someone lets me down and doesn’t deliver on time. It means that my timings are then out and I have to re-organise myself because of them. It means that other people also get let down – and I hate that. And it means that I have to spend time chasing them. Now I will do that for anyone once, but twice…. then I start seeing a pattern.

Obviously being unreliable is not an intentional business model (or is it?).

So I started thinking about why people don’t deliver.

A generational thing. There was a time when saying we are crazy busy was all about proving how in demand we are. No one dared to be seen as not busy. But today busy just doesn’t cut it as an excuse. Customer care is back on the agenda, people are talking and it’s time to get organised!

Spinning too many plates. I know that when I don’t plan my diary properly and I find myself over loaded, that is when I am likely to let some of the plates fall and smash. This state often results in it’s the ones that chase most that get dealt with first and that is chaos. When we hit this chaos stage, which most businesses do, it’s time to step back and review.

Not understanding the knock on effect. Sometimes in the midst of chaos we forget that we are connected. We forget that when we fail to deliver that has a knock on effect for other people’s lives and businesses. This often goes hand in hand with not taking ourselves seriously, or not underestimating our importance in the chain.

A busy fool. There are a LOT of people running around working far too many hours but totally disorganised. That is just not sustainable. With all of today’s tools there is so much that can be put in place to help us get organised. I’m clear that as a dyspraxic, if I can do it, anyone can.

Over-committing. This is a bit about the peaks and troughs of business where people bid for contracts because they need the money but don’t have the resources to manage it. The case of G4S and the Olympics is a classic example which cost them £70m and resulted in the government having to use the military to provide extra staff.

Arrogance Without a doubt for some people it is a power issue. However they are at risk of over estimating their importance in today’s world of business where everyone can be replaced.

It’s not a priority. I work with lots of creatives and the organisational stuff is their least favourite part of the job, so it’s the bit that doesn’t get done. We are all more likely to prioritise the things we enjoy doing over the things we don’t like doing – just look at the amount of people that leave their tax returns to the very last minute . For me that means that I have to diary all the things I try to avoid, so that I can’t forget them.

Just getting away with it. I know so many people that I really like, but who are plain tardy. Because they are likeable, people let them off, but this isn’t sustainable either and often leads to fall outs. There are a tiny number of people that are so good at what they do I make allowances, but as a rule I’ve decided that I’d prefer to maintain a relationship that does not involve my business.

Cultural. We all know the meetings that are going to start late. They then become meetings that no one bothers to get to on time. The knock on effect there is that everything else that day will also run late – and people get fed up of it.

Or is it just disrespectful? Whatever our reason the message we give out is you/this is not important to me. I have had to check myself when I have noticed that there are some people that I don’t mind being late for.

Having a reputation for being tardy is not something to be ignored. The best way to lose a customer is to disappoint and the most common ways of doing that is to over promise and under deliver .

I LOVE working with people who are organised and efficient and it’s been good for me to learn that this is something I can put that as my requirements for suppliers and co workers if I am taking my business seriously. 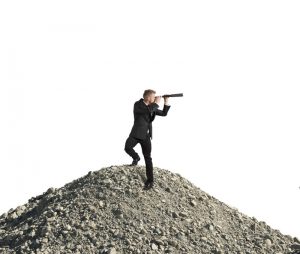 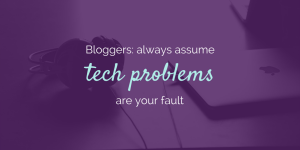 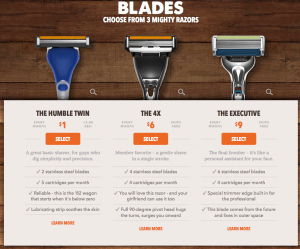