By Amanda Becker and Laila Kearney

Welch, an engineer with at least 130 patents, is the force behind Students Matter, the non-profit organization whose lawsuit against the state succeeded this week when a California judge struck down rules protecting teacher jobs.

“My two older kids had this incredibly inspiring middle school science teacher, from the first day of school they were coming home and doing experiments in the back yard,” the 53-year-old Welch said in an interview with Reuters. “But one child had a horrible experience and didn’t learn to read on time, which hurt him academically and hurt him emotionally.”

Welch declined to say whether his son’s negative experience, or his other children’s positive experience, happened at a public school or a private school. They have attended both. He declined to give their names or ages. None of them were part of the lawsuit and they are now in high school and college.

Overturned were such rules as “last in, first out,” which requires that teachers with the least experience be laid off first during cutbacks, along with rules granting teachers tenure after two years of work and making it difficult to fire them for incompetence.

The suit, Vergara v. California, named for a Los Angeles high school student, claimed that incompetent teachers were often transferred to schools in poor neighborhoods because it was hard to fire them. New teachers, who often start in disadvantaged schools, are the first to be laid off, causing turmoil for children, according to the suit.

Welch’s critics say the lawsuit is an attempt to weaken teachers’ unions, disguised as a reform effort.

“Here is someone who shows up out of nowhere with his millions, claiming to have the best interests of disadvantaged students at heart, and what he’s proposing is to take away rights from one group in order to create rights for another group,” said Fred Glass, spokesman for the California Federation of Teachers, one of two unions that defended California tenure laws alongside the state.

Welch earned his fortune overseeing the $41 billion merger between optical communications company SDL, where he was vice president in charge of corporate development, and JDS Uniphase in 2000. He’s now president and board member at Infinera, an optical telecommunications system manufacturer based in Sunnyvale, California, that he co-founded in 2001. Welch’s total compensation as of fiscal year 2013 was $2,178,886, according to an Infinera company filing.

Welch owns about 3 million shares, or 2.5 percent of Inferna, according to its proxy filing in March. At $9.13 a share as of Friday, his holding is worth about $28 million.

“My goal isn’t just to win a court case, my goal is to create the best experience in the classroom, and Students Matter’s goal is to deliver that experience,” Welch said.

Welch grew up as the youngest of seven children in Severna Park, Maryland, about 20 miles south of Baltimore, where he graduated from the local public high school and remembers his science classes vividly, particularly a teacher who emphasized hands-on experiences over textbooks and blackboard lessons.

He earned his degree in electrical engineering from the University of Delaware in 1981 and his doctorate in the same subject from Cornell University is 1985.

“He was one of those guys who just had everything going right,” said Clifford Pollock, director of Cornell’s School of Electrical and Computer Engineering, who was a professor when he met Welch 30 years ago.

Welch said his decision to sue California — rather than found a charter school, sponsor curricula development or offer direct financial support, for example – was based on math. There are 6 million California public school students and no other approach was scalable.

Treu noted in his decision that a witness for the defense estimated that between 1 percent and 3 percent of California teachers were grossly ineffective, meaning there are at least 2,750 such teachers in the school system.

The board of Students Matter includes an assistant secretary for civil rights at the U.S. Department of Education under President Barack Obama; a former Oakland, California, schools superintendent, and venture capitalists Arthur Rock and Ted Schlein.

Finding a legal strategy to challenge tenure rules was up to lawyers at Gibson, Dunn & Crutcher. There, attorneys Theodore Boutrous and Theodore Olson were litigating against a voter-approved California ban on same-sex marriage when they heard Welch wanted to mount a tenure challenge.

Boutrous, a corporate attorney who made donations supporting the Obama campaign and other Democratic candidates, and Olson, a solicitor general during the George W. Bush administration, both attended public schools.

“We felt very strongly that public schools are a public platform for everyone to use to become successful in society and the economy,” Boutrous said.

Now, they are looking at building similar cases in other states, Boutrous said.

Welch was less clear about his plans.

“This happens to be the first case,” he said. “Whether there will be other cases, I don’t know.” 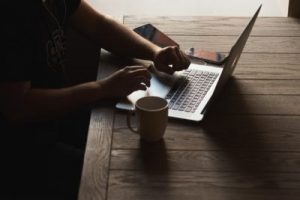 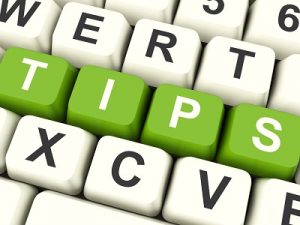 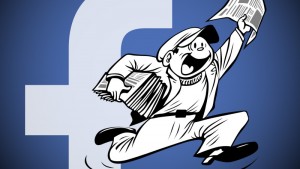