A guide into the weird numbers that run our world, describing both financial bubbles & climate change

Summary: Two of our greatest challenges in the 21st century are climate change and management of economic crises. They’re similar in that their mathematics are unlike that of the normal life — the routine world of averages, variances, and bell-curve distributions. These phenomena take us deep into the mysteries of science. Before we can predict the future on the basis of the changes we’ve made to our physical and social environments, we must understand the range of changes in the past (extreme weather, financial bubbles, depressions)  — events which will reoccur, eventually, even if the world were to (somehow) remain unchanged. In a sense we must prepare for the past before we prepare for the new futures.

Rather than grapple with these complex matters, our political manipulators seek to paint simple pictures of the world. Oversimplified portraits drawn in fear and greed that make us easy to lead — which give us the illusion of knowledge, feeding our ignorance, blinding us to the wonders of our strange world.

Today we look at two articles describing math essential to understand both financial bubbles and weather. These allow us to understand something about our past so that we can prepare for the future: extreme events dominate history, and will largely frame the future. More about this tomorrow.

(A)  Simple definitions of important concepts

(1)  Complex systems: systems with a large number of mutually interacting parts, often open to their environment, which self-organize their internal structure and their dynamics with novel and sometimes surprising macroscopic “emergent” properties. Climate and finance are complex systems.

(2)  Power law distribution: a specific family of statistical distribution appearing as a straight line in a log-log plot. Power laws often have no well-defined mean or variance. Many aspects of nature and society display power-law relationships.

(3)  Black Swan events: Rare, high-impact, and difficult-to-predict events that live in the tails of the probability distribution, beyond the average of history (as in science and finance). Such events are non-computable using standard scientific methods.

(4)  Dragon-kings:  events even beyond the fat tails of the probability distribution. Their extreme outcomes dominate historical results.

For explanations of these things we turn to two articles by Didier Sornette, Prof of Entrepreneurial Risks at Swiss Federal Institute of Technology Zurich (Wikipedia bio).

(B)  The rare but ugly extreme results from complex systems

A central property of a complex system is the possible occurrence of coherent large-scale collective behaviors with a very rich structure, resulting from the repeated non-linear interactions among its constituents: the whole turns out to be much more than the sum of its parts. Most complex systems around us exhibit rare and sudden transitions, that occur over time intervals that are short compared to the characteristic time scales of their posterior evolution.

Such extreme events express more than anything else the underlying “forces” usually hidden by almost perfect balance and thus provide the potential for a better scientific understanding of complex systems.

There is a growing recognition that progress in most of these disciplines, in many of the pressing issues for our future welfare as well as for the management of our everyday life, will need such a systemic complex system and multidisciplinary approach.

Power law distributions incarnate the notion that extreme e vents are not exceptional 9-sigma events (to refer to the terminology using the Gaussian bell curve and its standard deviation σ as the metric to quantify deviations from the mean). Instead, extreme events should be considered as rather frequent and part of the same organization as the other events. In this view, a great earthquake is just an earthquake that started small — and did not stop; it is inherently unpredictable due to its sharing of all the properties and characteristics of smaller events (except for its size), so that no genuinely informative precursor can be identified.

This is the view expounded by Bak and co-workers in their formulation of the concept of self-organized criticality. In the following, we outline several promising directions of research that expand on these ideas. …

Are power laws the whole story? The following examples suggest that some extreme events are even “wilder” than predicted by the extrapolation of the power law distributions. They can be termed “outliers” or even better “kings”. According to the definition of the Engineering Statistical Handbook [69], “An outlier is an observation that lies an abnormal distance from other values in a random sample from a population.” Here, we follow Laherrere and Sornette and use the term “king” to refer to events which are even beyond the extrapolation of the fat tail distribution of the rest of the population.

5.4 Kings and crises in complex systems

We propose that these kings may reveal an information which is complementary and perhaps sometimes even more important than the power law pdf.

Indeed, it is essential to realize that the long-term behavior of these complex systems is often controlled in large part by these rare catastrophic events: the universe was probably born during an extreme explosion (the “big-bang”); the nucleosynthesis of all important atomic elements constituting our matter results from the colossal explosion of supernovae; the largest earthquake in California repeating about once e very two centuries accounts for a significant fraction of the total tectonic deformation; landscapes are more shaped by the “millenium” flood that moves large boulders than by the action of all other eroding agents; the largest volcanic eruptions lead to major topographic changes as well as severe climatic disruptions; evolution is characterized by phases of quasi-statis interrupted by episodic bursts of activity and destruction; financial crashes can destroy in an instant trillions of dollars; political crises and revolutions shape the long-term geopolitical landscape; even our personal life is shaped on the long run by a few key “decisions/happenances”.

… Standard models and simulations of scenarii of extreme events are subject to numerous sources of error, each of which may have a negative impact on the validity of the predictions. Some of the uncertainties are under control in the modelling process; they usually involve trade-offs between a more faithful description and manageable calculations. Other sources of errors are beyond control as they are inherent in the modeling methodology of the specific disciplines.

The two known strategies for modelling are both limited in this respect : analytical theoretical predictions are out of reach for most complex problems, while brute force numerical resolution of the equations (when they are known) or of scenarii is reliable in the “center of the distribution”, i.e. in the regime far from the extremes where good statistics can be accumulated. Crises are extreme events that occur rarely, albeit with extraordinary impact, and are thus completely under-sampled and poorly constrained.

“Dragon-Kings, Black Swans and the Prediction of Crises“, International Journal of Terraspace Science and Engineering, December 2009

Systems with a large number of mutually interacting parts, often open to their environment, self-organize their internal structure and their dynamics with novel and sometimes surprising macroscopic (“emergent”) properties.

There is a growing recognition that progress in most of these disciplines, in many of the pressing issues for our future welfare as well as for the management of our everyday life, will need such a systemic complex system and multidisciplinary approach. This view tends to replace the previous “analytical” approach, consisting of decomposing a system in components, such that the detailed understanding of each component was believed to bring understanding in the functioning of the whole.

One of the most remarkable emergent properties of natural and social sciences is that they are punctuated by rare large events, which often dominate their organization and lead to huge losses. This statement is usually quantified by heavy-tailed distributions of event sizes.

Here, we present evidence that there is “life” beyond power laws: we introduce the concept of dragon-kings to refer to the existence of transient organization into extreme events that are statistically and mechanistically different from the rest of their smaller siblings. This realization opens the way for a systematic theory of predictability of catastrophes, which is outlined here and illustrated. …

Power law distributions incarnate the notion that extreme events are not exceptional events. Instead, extreme events should be considered to be rather frequent and to result from the same organization principle(s) as those generating other events: because they belong to the same statistical distribution, this suggests common generating mechanism(s). … If events of large impacts are part of a population described by a power law distribution, the common wisdom is that there is no way to predict them because nothing distinguish them from their small siblings: their great sizes and impacts come out as surprises, beyond the realm of normal expectations. This is the view expounded for instance by Bak and co-workers in their formulation of the concept of self-organized criticality. This is also the concept espoused by the “Black Swan Theory”, which views high-impact rare events as unpredictable.

We have presented supporting evidence for the concept that meaningful outliers (called “dragon-kings”) coexist with power laws in the distributions of event sizes under a broad range of conditions in a large variety of systems. These dragon-kings reveal the existence of mechanisms of self-organization that are not apparent otherwise from the distribution of their smaller siblings.

This leads to two consequences, one pessimistic and the other one more optimistic. The first one is the unavoidable evidence that extreme events occur much more often than would be predicted or expected from the observations of small, medium and even large events. Thus, catastrophes and crises are with us all the time.

On the other hand, we have argued that the dragon-kings reveal the presence of special mechanisms. These processes provide clues that allow us to diagnose the maturation of a system towards a crisis, as we have documented in a series of examples in various systems.

For more about mathematics of our world: 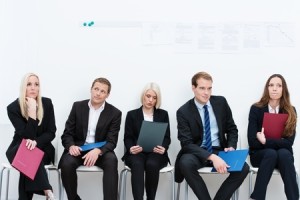 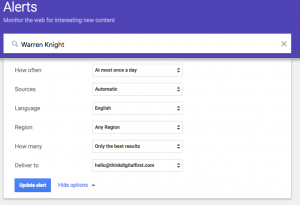 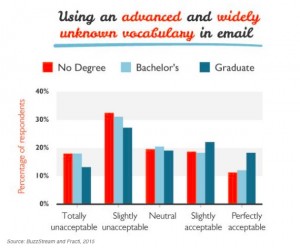 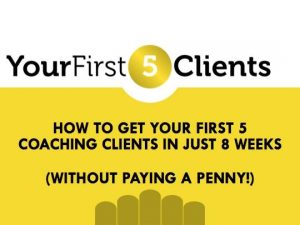 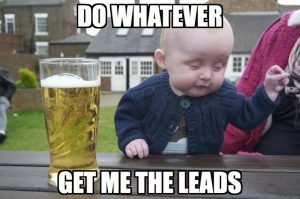 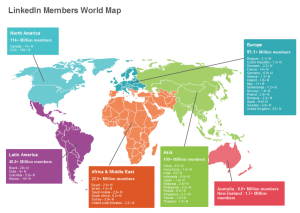