Corporate social responsibility (CSR) may not solve all the world’s problems—but it can give just the right push toward making this world a better place to live in. This is because most CSRs have a powerful reach and influence. After all, these projects are mostly run by sectors of the society that mainly dictate our economy.

Although some may perceive CSRs as whitewashing corporate greed, there’s still no denying the good it brings not just within its own corporate community, but within the society where the company belongs to. CSRs have inspired groundbreaking innovations, work ethics, and even personal fulfillment among employees and executives alike.

Most CSRs cover a wide range of causes, from gender equality, environmental impact, to employee growth. Whatever the cause and the vision, today’s CSRs have become such an integral part of a company’s culture that its success is almost as important as annual targets and revenue.

The best in the world

Although most companies prefer to spearhead simple and short-term CSR initiatives like weekend tree planting activities or HIV awareness talks during the month of December, some groups have emerged exceptional in the CSR game by taking strong stands regarding relevant issues of our time.

Dick’s Sporting Goods, for example, responded to the Parkland shooting by raising the age limit of purchasing guns to 21. The Avis Budget Group, which runs Avis and Budget Rent a Car, has stopped offering discounts to members of the National Rifle Association (NRA) in response to the same shooting incident. The same goes for Delta Airlines who now refuses to give discounted flights to members of NRA.

In the last decade alone, a significant number of companies have also led the way in ensuring that part of their CSR initiatives is doing away with human rights abuses, labor exploitation and employment discrimination of the LGBTQ community. Major consulting company Accenture, for example, has nurtured a working environment that’s inclusive when it comes to LGBTQ rights. They show this not just by hiring members of the community but by promoting their advocacy inside the company and being involved in social activities like Pride parades.

Swedish furniture and home brand Ikea has been lauded for being a champion of LGBTQ rights and even using the rainbow spectrum in many marketing campaigns as part of their positive response to the issue. When the company was embroiled on an issue a few years ago for removing the success story of a lesbian couple in their Russian website, the company made a stand by coming out with a unified statement of their support and publishing it in all countries where their brand can be found.

Now, apart from these, there are also companies noted for their strong CSR initiatives and have already set a solid benchmark that other companies follow. Microsoft’s Bill Gates, through the Bill & Melinda Gates Foundation, has been working since the 2000s to help create solutions in alleviating the lives of people in impoverished countries around the world. The CSR initiative of the CEO has softened the otherwise cutthroat business model of the computer firm.

Lego was also lauded last year for having the best CSR program of 2017. According to a report released by the Reputation Institute, Lego has led an exceptional CSR program championing the environment by partnering with groups like World Wildlife Fund in establishing their Sustainable Materials Center, which seeks to employ 100 personnel to help find a more environment-friendly way of producing their famous bricks.

If there’s another advantage to promoting a CSR culture in companies, it’s that these initiatives often produce innovative ways to make an impact on different issues of society.

For example, Exponential Inc. (XPO2), a for-profit foundation, encourages other companies to look into impact investing via its NGO crowdfunding platform and offers a game-changing opportunity that allows corporations and affiliate foundations to flourish via e-commerce.

The concept is quite simple: By using XPO2’s Cashless Contributions browser extension, supporting over 1,200 affiliate merchants, foundations get the chance to be funded if consumers buy goods from these retailers—a percentage of the sales of the partner merchant will go to the buyer’s chosen NGO. As founder and CEO Dom Einhorn puts it, this is a way to disrupt and set another benchmark on the way foundations and NGOs should be run.

Veering away from the usual crowdfunding platform, this system is a win-win, especially for companies that wish to find a way to do sustainable CSR and organizations and charities constantly looking for support. XPO2 makes use of the smart cashless contribution concept, where consumers can purchase goods at a discounted price, and they still get to help a foundation of their choice in the process since a portion of their purchases directly goes to the chosen organization.

As for the companies, this not only opens new avenues to support the causes they believe in, but they also get a well-planned marketing strategy supporting their business via XPO2’s platform. The possibilities of success in this project are endless as the company foresees e-commerce to reach $ 4 trillion in sales by 2020. Even tapping one percent of that sales could already mean a world of potential support for charities XPO2 has vetted.

The young company has already proven that the system works, funding a total of 12 foundations in the first three months of operation alone. In 2018, XPO2 expects to partner with 10,000 foundations.

In this digital age, it’s encouraging to know that companies are inspired to use modern advancements not only to make their organization more efficient but in ensuring that they also get to change someone’s life in the process.

I am a business and financial journalist as well as a culture writer focused on covering the following sectors: crypto, crowdfunding, technology, and marketing. I am interested in financial stocks, mostly in biotechnology, healthcare, mining, and blockchain. I also write about IT and design, social media, pop culture, food and… View full profile › 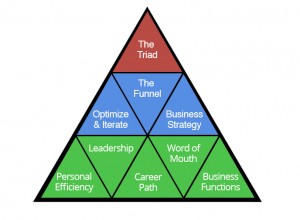 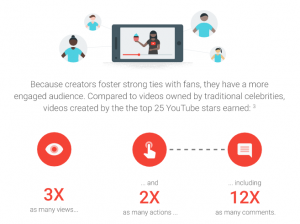 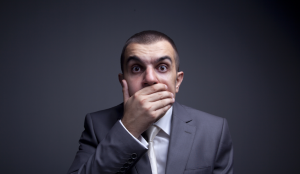 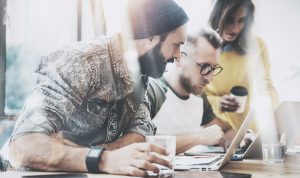 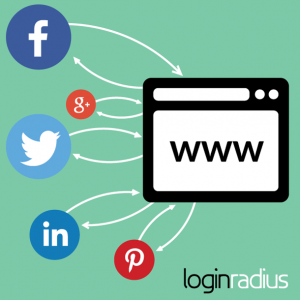 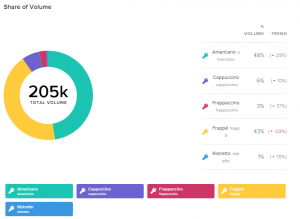